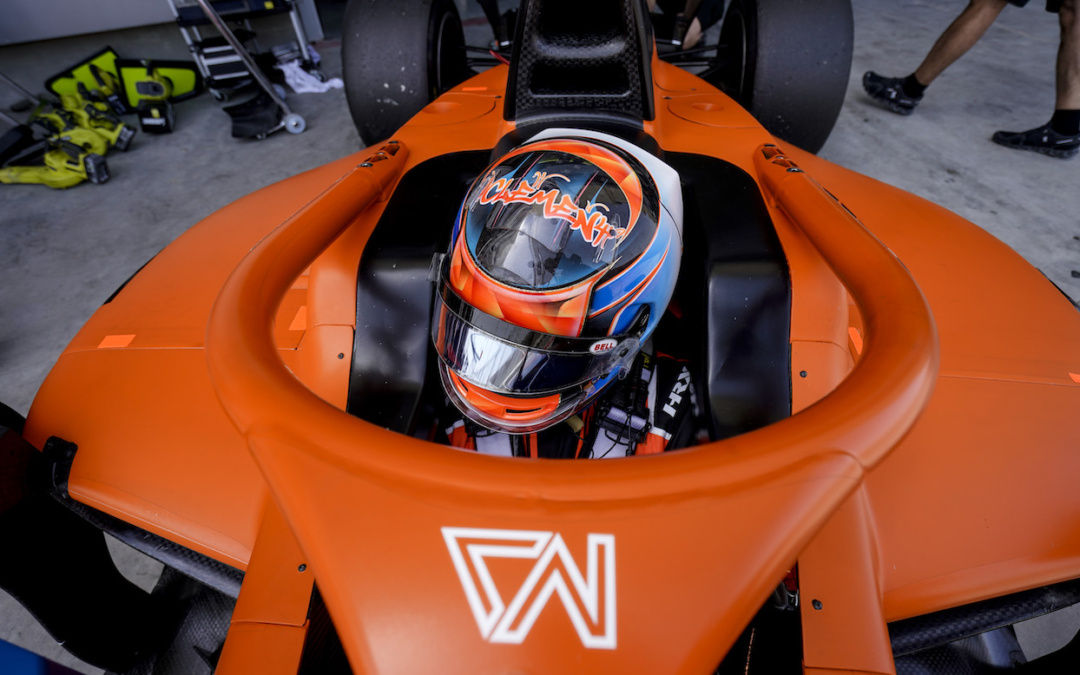 The 2022 FIA Formula 2 championship season opened this week in Sakhir at the Bahrain International Circuit, returning to the Middle East for 3 days of official pre-season testing. An eager Clément Novalak arrived into Bahrain a week early for a strenuous training camp to prepare his body & mind for a long fourteen round season after a busy 2021, where he finished 3rd in the FIA F3 drivers’ championship & was instrumental in winning the teams’ title for Trident. Looking to build on his experience of the final two rounds and the post-season test in the 2021 FIA F2 season, Clément & his team MP Motorsport were poised to hit the ground running.

Clear, mild temperatures proved to be featured throughout the three days of testing, which commenced late Wednesday morning. Clément’s program for the first day consisted of familiarizing himself with the circuit and his MP Motorsport car, while focusing on longer runs in both the afternoon and evening sessions. In choosing the hard tire for both sessions, Clément was able to get a great feeling of his car in race set up, clocking-in the 11th quickest time in the afternoon, while improving by over a second in the evening session. The 52 laps of testing in the first day proved to be a strong stepping-stone going into Thursday’s two sessions.

Long-run testing continued during Thursday’s afternoon session, as Clément and MP Motorsport chose to focus the entirety of the first session on race-pace; completing two race simulations and 35 laps. As the evening session started, Clément then shifted his focal point to qualifying pace and soft tires, with purple sectors lighting the timing screen during his early laps. Midway through the session, Clément set his fastest time of the day at 1:42.991, while completing a further 23 laps around the circuit.

On Thursday, it was also announced that Clément is being represented by A14 Management – Fernando Alonso’s new Driver Management venture. The 2-time Formula 1 World Champion will play an integral role in the development of Clément. Alonso has founded A14 Management alongside his own personal manager & friend Alberto Fernández, in addition to established driver manager Albert Resclosa – who has been managing Clément’s career since 2020.

The final day of the pre-season test began late Friday morning, seeing Clément pushing immediately as the session went green. On lap 5, Clément set his fastest time of the session, then shifting focus to dialing in his MP car for push laps later in the evening. Utilizing 22 laps and finishing second quickest of the session, Clément was poised to swap to soft tires and perfect his Qualifying set up. Change of weather arrived just before the start of the final session, bringing wind and a sandstorm with low visibility. With the forecast looking grim for the rest of the evening, race control cancelled the final session, cementing Clément’s place of 2nd on the timing sheet for the day.

Clément made steady progress throughout the test, improving the feel of his MP Motorsport car. Along with the announcement of joining A14 Management, Clément is feeling very confident going into the start of the season. Round 1 of the 2022 FIA Formula 2 championship is less than two weeks away, where the Frenchman will return to Bahrain from 18-20 March to open the season.

“Overall, the progress made during the three days of testing was quite positive. We put in a lot of mileage to improve the race-pace of my car, and we were definitely able to make gains on the longer runs. There are still a few minor niggles to figure out, however I’m feeling very confident going into my first full season in F2. I really enjoy the Bahrain International Circuit, and can’t wait to return in a couple of weeks to get racing.”