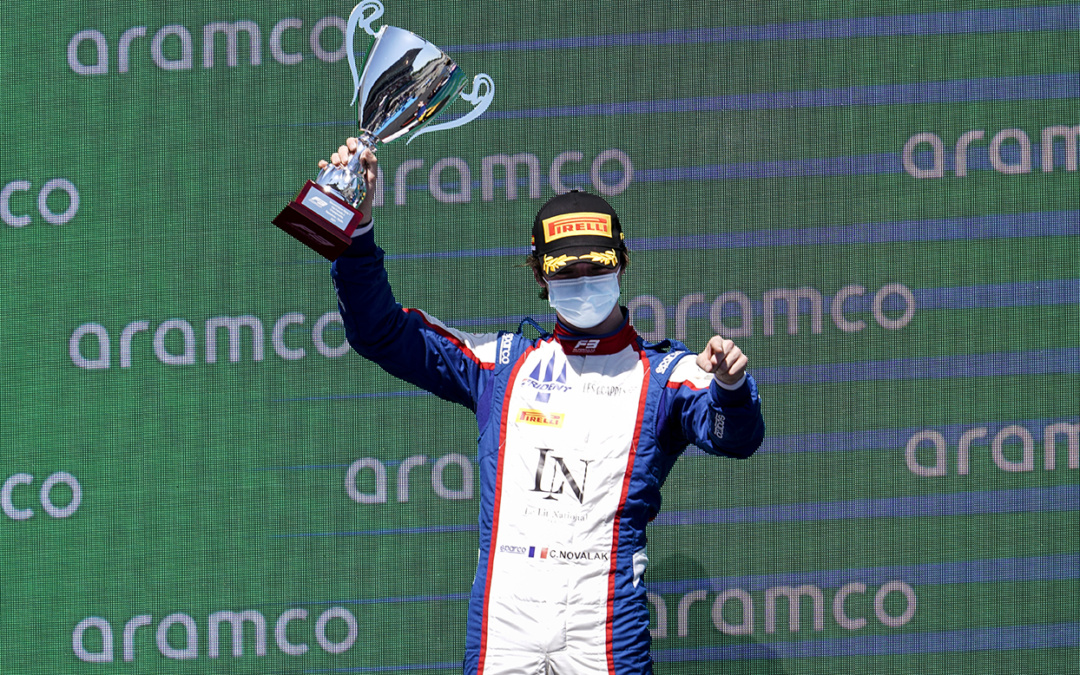 Barcelona, Spain, 10 May 2021 – Clément Novalak Impresses During Opening Round of 2021 FIA F3 Season

The FIA F3 Championship returned to Barcelona this weekend, with all 30 drivers hitting the tarmac of Circuit de Barcelona-Catalunya for the opening round of the 2021 season.  This round also brought the new “Race Weekend” format, which includes 3 races – a qualifying top 12 reverse grid for race 1, a results-based reverse grid of the top 12 finishers for race 2, and the conventional qualifying order grid for race 3.  Hungry for points after the culmination of a productive off-season, Clément Novalak & Trident Motorsport were poised to achieve a big result.

Sunny skies and mild temperatures were featured throughout the weekend, which started with free practice and qualifying on Friday.  Clément used his only practice session to find the right set-up for qualifying, setting the 6th fastest lap.  Clément was continuously towards the top of the timing sheet, showing great pace during the entirety of qualifying,.  After setting the fastest first sector on his final flying lap, Clément encountered traffic which spoiled a certain top-time.  All was not lost, as that lap was still a respectable 7th fastest of 30 drivers – just .321 seconds behind pole position.

The top-12 reverse grid was in effect for Saturday morning’s race 1, meaning Clément started in 6th position.  After a fabulous start as the lights went out, Clément immediately gained two positions by diving down the inside line of turn 1.  The masterclass continued for the remainder of the race, seeing Clément choose his moments wisely to continue advancing up the order into 2nd place.  With only two laps to go, Clément positioned himself just one second behind the leader, waiting to utilize the DRS zone on the main straight to make the pass for the lead, but an incident between two other drivers brought out a safety car finish.  Clément ultimately finished on the podium in 2nd place for race 1 – a terrific result to start the season.

Race 2 on Saturday afternoon saw Clément start from 11th position on the reverse grid, but that didn’t slow him down.  Carrying over the momentum from a spectacular opening race, Clément picked up two positions after an incident in front of him on turn 2 of the first lap.  Clément drove a calm & steady race, all the while staying out of trouble in the incident-filled race.  This strategy worked perfectly, as he was able to make passes when the time was right, and after the third safety car of the race, Clément had secured 4th position just outside of a second podium finish for the day.

The final race on Sunday morning returned to the conventional starting grid from Friday’s qualifying, with Clément starting from 7th position.  With the traditional point system in effect as well, a solid and consistent drive was needed to secure maximum points.  Clément stayed precise for the entirety of the race, waiting for his moment to make a pass on a circuit that is notorious for being difficult to make moves on.  After defending from fierce competition, Clément saw his opportunity on the penultimate lap, and made the pass into 6th position, where he would finish the race.

At the end of the first round of the season, Clément bagged an excellent 28 points and sits comfortably in 3rd position of the Driver’s Championship.  There is no time to rest, however, as the last official test of 2021 is only a few days away on the 12 & 13 May in Jerez, Spain.  Clément will continue to work with his team to fine-tune the setup of his Trident machine, pushing for maximum points for the rest of the season.  Round 2 will be from the 25 – 27 June at Circuit Paul Ricard, in Le Castellet, France.

“Looking back at this weekend, I am very pleased with the results I achieved, especially after where I qualified.  For the upcoming test in Jerez, I will be focusing mostly on qualifying set-up, as I feel I left some time on the track in Barcelona.  Consistency wise, I think that it was very important to score some solid points, which I was able to do in all three races, including a podium finish in the first race.  I very much look forward to round 2 later next month at Circuit Paul Ricard in France, as it will be my home race and I love that track, so it should be a very exciting weekend for the Team and I.”