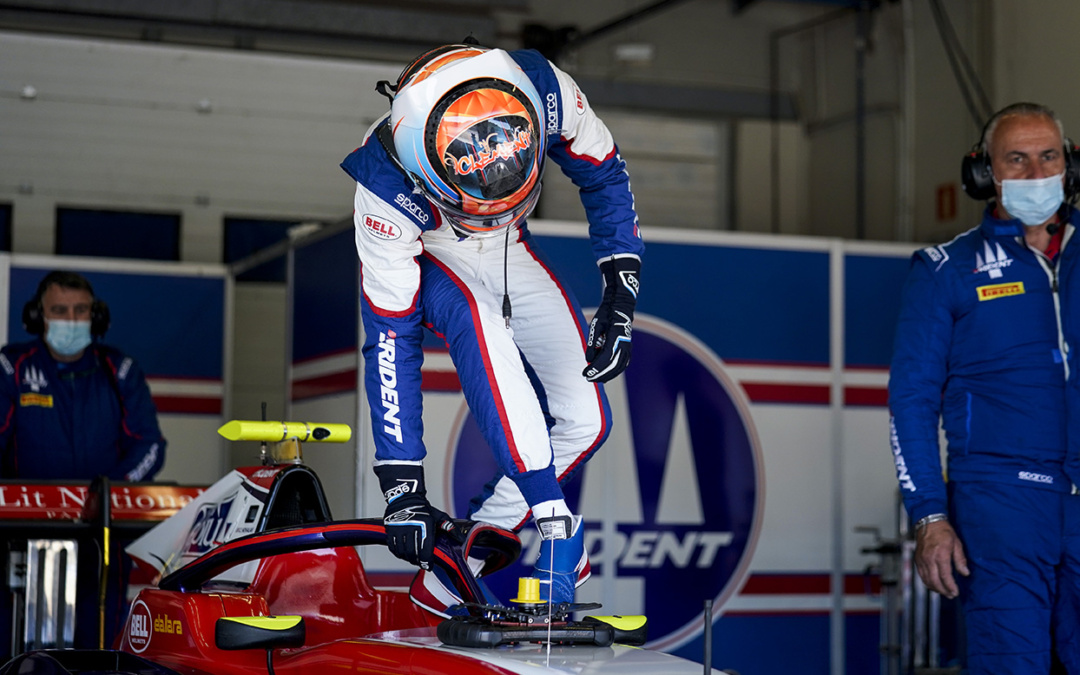 FIA Formula 3 returned to action this week in Jerez, Spain, for the final official test of the 2021 Championship season at Circuito de Jerez – Ángel Nieto, giving the drivers valuable track time to fine-tune the setup of their cars for the remainder of the season.  After enjoying a podium and a robust points-haul at last weekend’s opening round in Barcelona, Clément Novalak arrived into Jerez looking to perfect his qualifying pace.

Typical early-summer weather of southwestern Spain graced the circuit for both days of testing, maximizing the opportunity for Clément to dial-in his Trident Motorsport machine in the dry air & sunny skies.  During Wednesday’s morning session, Clément wasted no time with a blistering lap of 1:29.676, slotting in just behind the leader’s time by only .051 seconds.  In the afternoon, Clément spent more time on the setup of his car, doubling his number of laps from the first session.  The Sun set on the first day of testing after 42 laps around the circuit, and Clément’s lap from the morning still held its place at 2nd on the timing sheets.

Taking advantage of cooler weather Thursday morning, Clément burst out of the gates by setting the pace for the rest of the day.  Being the first of only 2 drivers to crack the 1:29 time barrier, Clément set an incredible lap of 1:28.677, which was not only a full .258 seconds ahead of the next closest driver, it was also the quickest of any Formula 3 driver ever around Circuito de Jerez, breaking the previous record by .348 seconds.  Ecstatic with the morning performance, the team decided to focus the afternoon session on race setup, where Clément used 51 laps to perfect his race-pace.  When the second test session of the day ended, Clément sat atop the field in 1st position, with a total of 80 laps completed for the day.

After driving a total of 122 laps around Circuito de Jerez, breaking the F3 lap record, and setting the fastest overall time of both days by a considerable margin, Clément is feeling confident that he can build on his current drivers’ standing of P3 in the Championship.  Work will continue for Clément and Trident Motorsport, as they look to find any available competitive edge for the next race.  Round 2 of the FIA F3 Championship heads to Le Castellet, France next month from 25 – 27 June, at Circuit Paul Ricard.

“Overall the performance of the two-day test was fantastic.  We were able to identify the key areas where we have been lacking, and improved in all aspects of the car in preparation for Paul Ricard.  The results of the final day of testing showed some great improvements, and I am ready to push at my home race in France.  Paul Ricard is one of my favorite tracks, and I am expecting the Race Weekend to be a cracker, especially with the steps gained in Jerez during the last few days.”