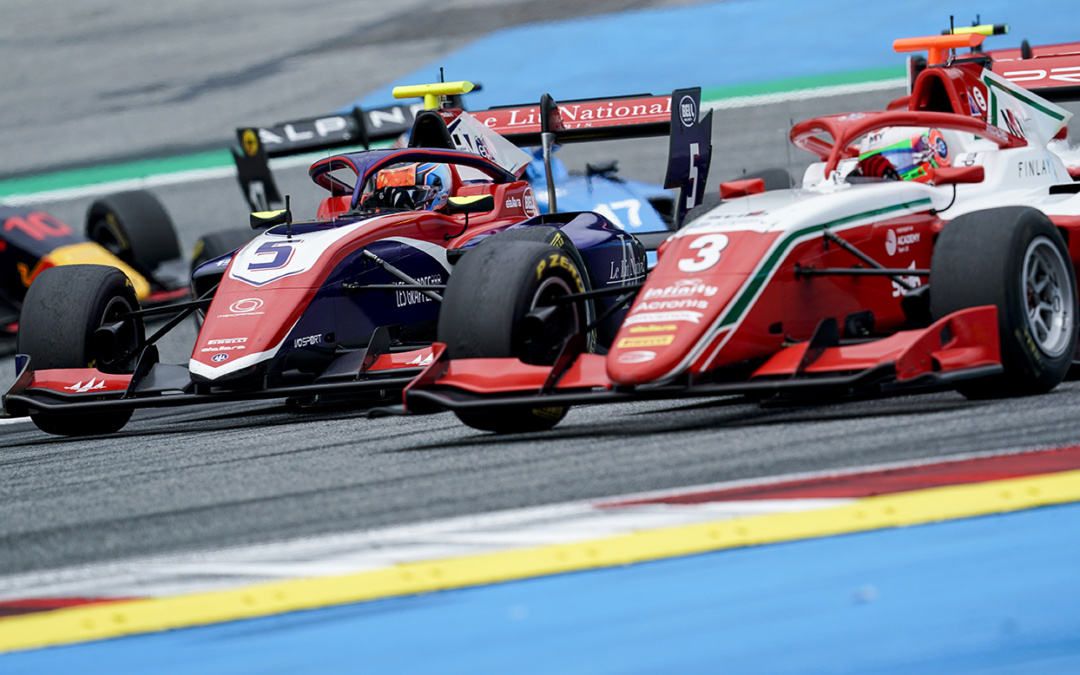 FIA Formula 3 was back in action this weekend, returning to the Hungaroring on the outskirts of Budapest, Hungary for the fourth round of the 2021 season.  After an unlucky round 3 in Spielberg, Clément Novalak arrived eager to bounce back and make a statement, needing to score solid points to insert himself back in the fight for the Championship.

Bright, sunny skies brought humidity and scorching track temperatures to open up the race weekend on Friday, with Clément not wasting anytime jumping towards the top of the timing charts.  Quick pace in the first half of practice proved the additional work put in since a disappointing weekend in Austria was fruitful.  At the end of the session, Clément lapped the Hungaroring 15 times, finding the right setup, and setting the 4th fastest time of the morning.  The pavement remained a blistering 60 degrees going into afternoon qualifying, where Clément bided his time to set his quickest time on his final flying lap.  Clément’s qualifying time of 1:31.331 was just .167 seconds behind pole position, securing the prime location of 5th on the grid to secure healthy points for Sunday’s feature race.

Overnight thunderstorms cooled the track for the first of two reverse-grid races on Saturday, with Clément starting from 7th position.  Clément’s typical quick-start saw him gain a position soon after the lights went out, climbing up to P6 after a brave overtake on the outside of the first corner.  The Hungaroring’s narrow track meant opportunity to pass was limited, however Clément made the most of his race by staying consistent, and taking care of his tires.  On lap 8, another position was gained when a competitor had technical difficulties, and P5 is where Clément would remain until the end of the race.  A post-race penalty was given to another driver in front, meaning Clément would gain another position, and ultimately classifying in P4, and securing 8 Championship points – a great start to the race weekend.

Saturday’s late afternoon race saw Clément starting from 9th on the reverse-grid, where he would remain for most of the race, battling fierce competition from behind.  After staying calm and driving mistake-free for the duration of the race, lap 19 saw Clément find his opportunity for an overtake, passing his teammate on the outside to secure 8th position.  Adding 3 more points to his championship tally was a positive outcome on the narrow circuit which doesn’t yield many passing opportunities.

The skies opened up just before Sunday’s feature race, where Clément started in his qualifying position of 5th on the grid.  The track was drenched from the morning showers, so the start of the race was delayed, meaning only 20 laps for the duration of the race.  The lights went out behind a safety car rolling start, which was unfortunate for Clément as he has been spectacular picking up positions on almost every opening lap this season.  Shortly after the start of the race, the sun came out and started drying the track.  Clément needed to drive a conservative and calm race to ensure his rain tires would last for the entirety of the race.  As the checkered flag was waived, Clément was able to hold off the attacks from behind, and finished in P5 – bringing home an additional 10 points from the feature race.

Collecting a total of 21 points over the weekend was a fantastic comeback from an unlucky previous round, with Clément climbing 1 position in the driver’s championship standings to P6.  With 3 rounds & 9 races remaining, Clément is still in the championship fight, and will use the summer break to continue building on the progress made with his team before the next round.  FIA F3 will return to action at the end of August at the famed Spa-Francorchamps circuit in Belgium for Round 5.

“This was my cleanest weekend this season, starting with a good practice session which set me up for qualifying.  It was key to pick up solid points in every race this round, which I was able to do.  Now I’m focused on the final rounds of the season after summer break, and looking to build on this momentum and aiming to finish out the 2021 season on the right foot, aiming to push to be towards the top of the Driver’s championship.”