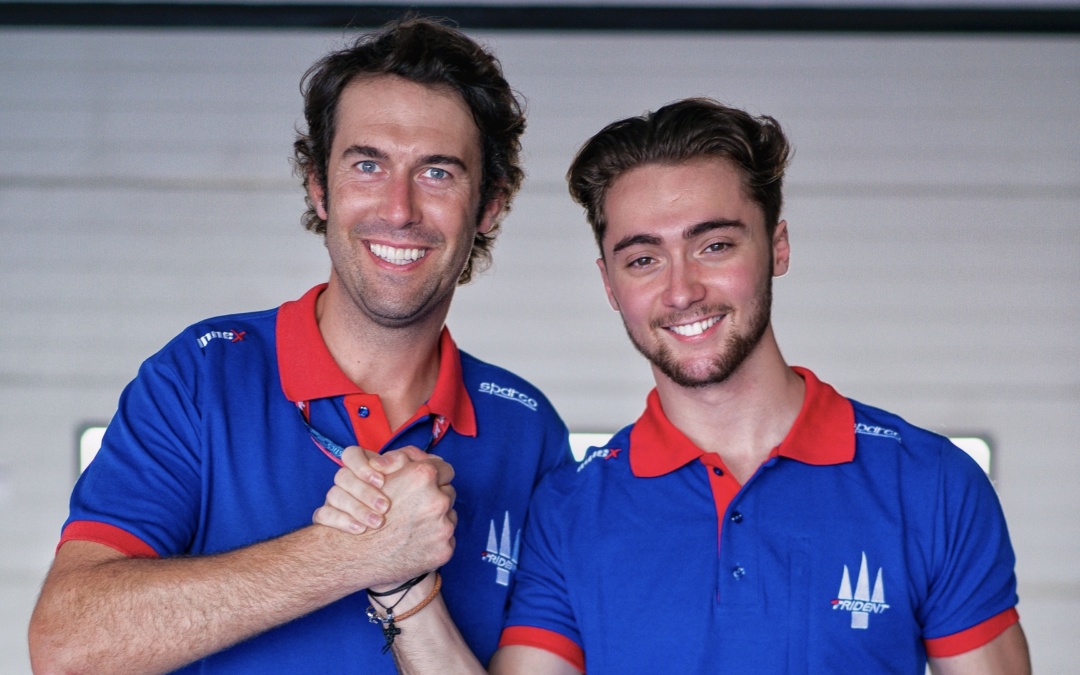 Clément Novalak is pleased to announce that he and Italian team, Trident Motorsport, have reached an agreement for the Frenchman to compete in the 2023 FIA Formula 2 Championship.  Clément will make his debut in the team’s F2 car during the 2022 post-season test in Abu Dhabi later this week, and drive full-time for the Italian squad during next year’s 2023 FIA Formula 2 Championship.

Clément is thrilled to reunite with the Italian outfit, with whom during the 2021 FIA Formula 3 season he delivered 4 podiums, 2 fastest laps, claimed 3rd in the Drivers’ championship, and enjoyed the first Teams’ championship of Trident’s history.

Coming off a promising rookie season in the 2022 FIA Formula 2 Championship, where Clément claimed a reverse-grid pole position, one podium, and enjoyed multiple top-5 place finishes, the young Frenchman is eager to take the reins of the #21 Trident Motorsport car for the 2022 FIA Formula 2 post-season test.  Clément will use the three days of testing to refamiliarize himself with the team, and get caught up to speed with the Trident machinery before the start of the 2023 FIA Formula 2 Championship begins next March.

“I am extremely happy to be back with my Italian family with which we achieved such great success in FIA Formula 3 in 2021.  I’m confident that we can have a very successful partnership in 2023, and I’m very much looking forward to getting started this week during the 2022 F2 post-season test in Abu Dhabi.

“We are very proud to welcome Clément back to our family!  He is a very talented driver who had an excellent F3 season with us in 2021, where he placed 3rd in the Drivers’ championship, and helped us win our first ever Teams’ championship.  We are looking forward to seeing him in action with our #21 car during the official FIA F2 post-season test session in Abu Dhabi later this week, and I am convinced that with his experience and speed we will be able to make a step forward.”