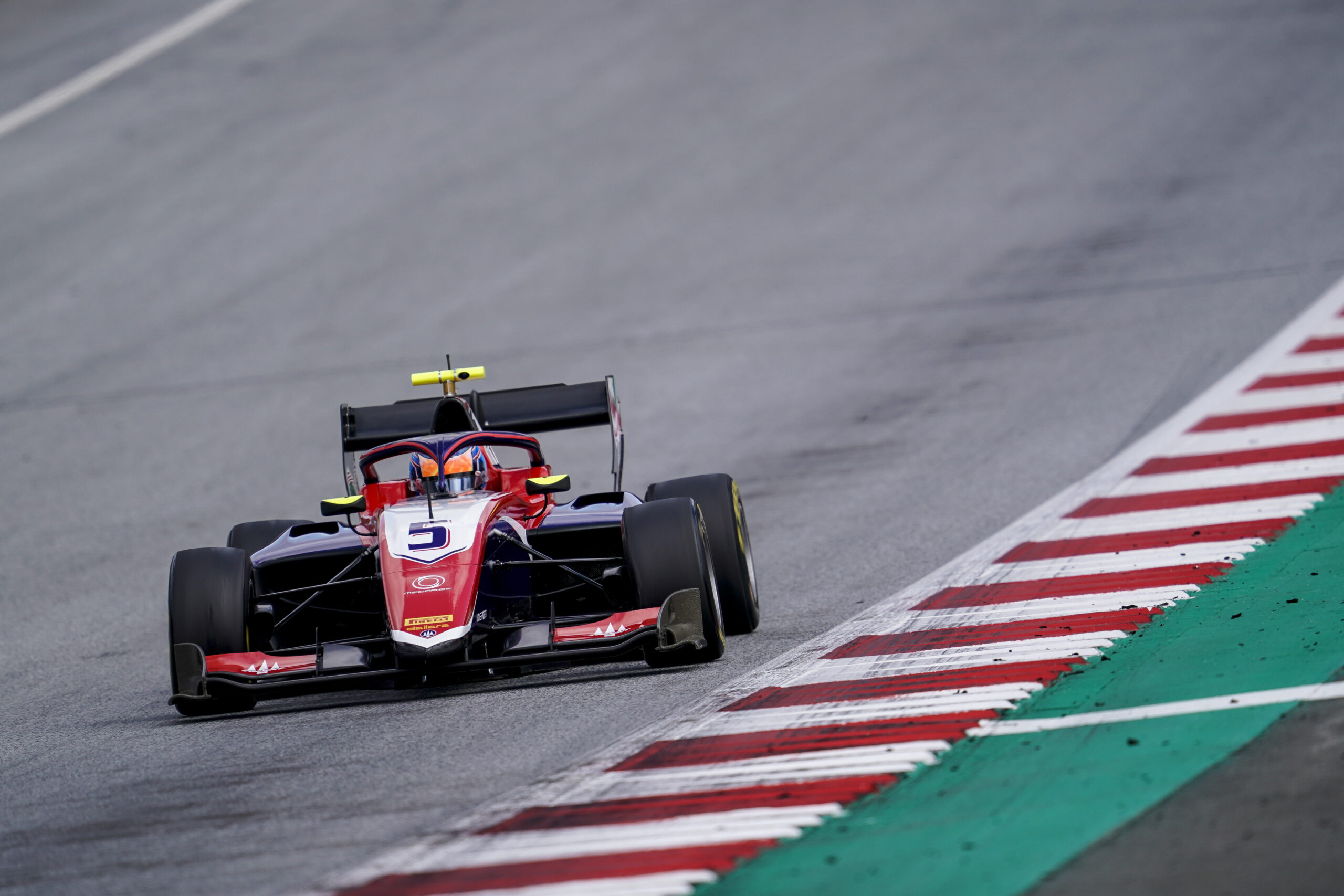 The FIA Formula 3 Championship was back in action this weekend at the Red Bull Ring in Spielberg for the first official test of the 2021 FIA Formula 3 season. Clément Novalak was eager to get back on track following a successful debut campaign in 2020, and a magnificent post-season test last October, where Clément finished at the top of the timing sheets.

Charging into the Red Bull Ring on the first day of testing, Clément immediately found pace – setting a blistering lap time of 1:19.162 in the first session, which proved to be fastest of all drivers for the rest of the morning. During the afternoon session, Clément focused on fine-tuning his car for consistent race pace, and ended the first day of the test weekend 6th fastest, completing 79 total laps.

After an early morning snowfall, Clément was poised to build on a productive first day of testing, using 22 laps of the Sunday morning session to find the optimal setup of his car. The afternoon brought warmer weather, and quick pace for Clément, where he was able to crack the 1:18 mark – finishing the session with the 7th fastest lap with a time of 1:18.886.

After a total of 136 laps around the Red Bull Ring, and setting the 8th quickest lap time, Clément is very pleased with the knowledge gained on track during the first official test weekend. The next official test will be in Barcelona on the 22 & 23 of April, where Clément will continue to push to find the pace to start the 2021 FIA Formula 3 season strong.

“Overall I am very pleased with the car and how much I learned over the weekend while on track. We still have a few more things to try on the car, however we have definitely made a lot of progress during the off-season, which I hope to build on during the next test in Barcelona in a few weeks. I really enjoy the Red Bull Ring, and can’t wait to be back here in July for Round 3 of the 2021 season.”

Born on 23 December 2000 in Avignon, France, Clément Novalak is a professional racing driver for Trident Motorsport in the FIA Formula 3 Championship. Clément’s career began driving karts when he was just ten years old, where he won his first of multiple karting Championships in 2015. His entrance into single- seaters came at the beginning of 2018 in New Zealand, where he raced in the Toyota Racing Series NZ. Securing two wins, fou r podiums and three fastest laps, Clément ended the season fifth overall in the Championship standings. His impressive performance during the campaign didn’t go unnoticed – with many highlighting the achievements of the rising star. Shortly after his success in New Zealand, Clément returned to race in the United Kingdom, running a dual campaign in both the 2018 Formula Renault 2.0 Championship, and the 2018 BRDC British Formula 3 Championship, where he took pole in the first race of the season. In 2019, after having secured a full-time drive with Carlin in British F3, Clément piloted his car to two poles & two wins, securing the Championship in his first and only full year in the series. Following his British F3 title win, Clément had his first taste of FIA Formula 3 at the post-season test in Valencia. In February 2020, he was named as part of Carlin Buzz’s lineup for the 2020 season, where he claimed two podiums, and had two fastest laps in his rookie debut. At the post-season test at Catalunya, Clément joined the Trident Motorsport outfit and set the fastest time of the second day’s morning session. Clément will campaign for Trident Motorsport in the 2021 FIA Formula 3 Championship.

Trident is not just a racing team but a high-level reality in the motorsport world. Thanks to state-of-art technology and high-level staff, Trident represents by now an established F2 Team and a young F3 Team. The Team makes its debut in 2006 in the F2 Series thanks to Maurizio Salvadori’s great entrepreneurial skills, leading figure in the music field and known for discovering and managing various national and international important Artists. Salvadori, mixing his professional skills in the entertainment and image field with his great passion for motorsport that characterized him from an early age, has been able to bring a young and dynamic team to life. From the beginning, the focus is technology research without forgetting the important rules of communi cation activities that distinguish Trident in the minor categories and allows our drivers, sponsors and partners to obtain big wide visibility and good return on communication. At the same time, supporting both the F2 and the F3 programs, Trident has set up a new and technological state -of-art driving simulator. Nowadays, this tool is fundamental in the actual motorsport world both for drivers’ preparation in knowing tracks and car behavior and for engineering staff preparing each race event.