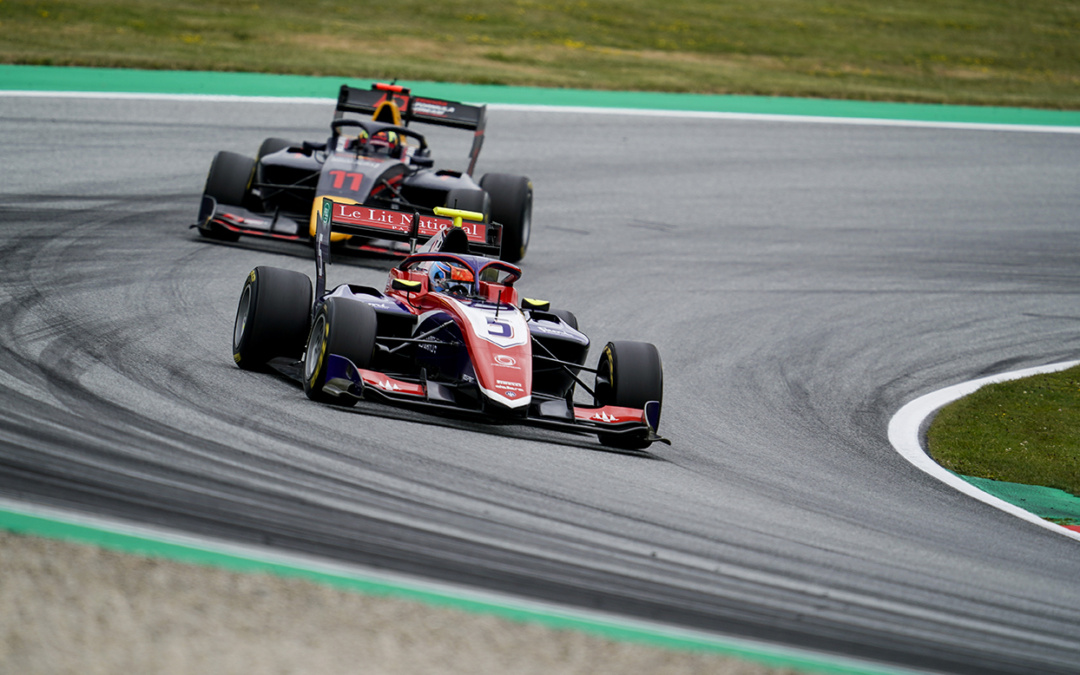 The FIA F3 Championship returned to the heart of the Styrian hills of Austria this weekend for the third round of the 2021 season.  Hot off the heels of scoring points in every race this season, Clément Novalak arrived into the race weekend 4th in the Driver’s Championship poised to continue his impressive points-finish streak with his team, Trident Motorsport.

Overcast skies and the threat of rain greeted free practice, the first session of the race weekend on Friday.  After completing 11 laps and setting the 10th quickest time midway through the session, Clément returned to the pits for a tire change. Technical problems with his car meant that he would miss the remainder of practice, and crucial time on track to try and find the right balance for qualifying in the afternoon.  Grey skies continued throughout the day into qualifying, seeing competitive times from the drivers up and down the timing sheets.  Towards the end of the session, Clément set a top-time of 1:19.829, which was barely eclipsed as the checkered flag came out.  Just .103 seconds separated Clément’s best time from pole position, seeing him ultimately qualify in 6th position for Sunday’s feature race.

Clear, sunny skies graced the Red Bull Ring on Saturday, with Clément starting P7 for the first of the day’s two reverse-grid races.  As usual, a fantastic start saw Clément pick up positions immediately into turn 1, after aggressively passing two drivers on the outside.  By the exit of turn 4, Clément found himself in P3 with some more brave overtaking.  Clément fought for the entirety of the race at the front, swapping P2 & P1 with two other drivers.  By lap 21, he was leading the pack in P1, defending an attack from behind going into turn 4.  On the exit, the driver behind unfortunately contacted Clément, sending him into the gravel, and puncturing his left-rear tire.  Clément would not finish the race – ending his consecutive points-scoring streak at 6 races to start the season.

Adding insult to injury, Clément was handed a 3-place grid penalty on Saturday afternoon for the contact that ended his first race, seeing him start race 2 from last on the grid.  Needing to pick up 20 positions to get into the points, Clément drove a valiant race to try and secure valuable championship points.  Picking his way through the competition from the back of the field, the determined Frenchman was able to make countless overtakes.  It was not enough, however, as his finish of P13 was just outside of the points.

Grey skies returned Sunday for the feature race of the weekend, where Clément started in his original qualifying position of 6th on the grid.  As the lights went out, Clément to use his lightning-fast reflexes to swerve past a stalled driver and pick up a position safely through the first corner.  Continuing the strong pace of the weekend, Clément made another overtake on lap 2 to secure P4.  For the next 12 laps, Clément found himself in a spectacular battle for a podium finish, swapping positions with multiple drivers, ultimately settling into P5 to conserve his tires for the remainder of the race.  On lap 14, Clément was struck from behind in a high-impact collision, ending his race prematurely, and stripping away a certain top-5 finish.

Clément’s race weekend turned out to be incredibly unlucky, with 2 accidents taking him out of the fight for undeniably big point-finishes.  His Trident car and team have made certain progress, and work will continue to ensure a climb upwards to the top of the championship.  FIA F3 will be back on track at the end of this month for round 4 of the 2021 season from 30 July – 01 August at the Hungaroring in Budapest, Hungary.

“A very unlucky weekend for us.  The potential for a win and podiums was there, but being taken out by other drivers in races 1 & 3 ruined our chances for a big points-haul.  We definitely made some improvements, even with a difficult racing strategy with the multiple DRS zones.  Overall, we should feel confident with the pace.  Championship wise, it will be more of a comeback now, and that’s a challenge I am looking forward to conquering by looking onwards and upwards.”