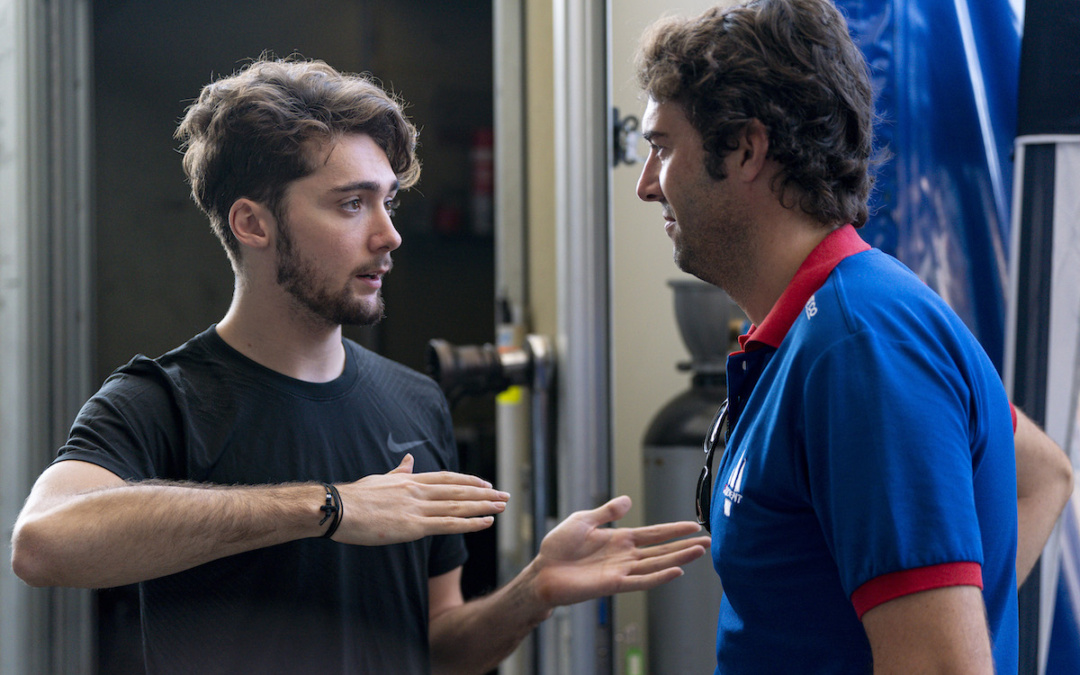 Following the Championship finale last weekend, FIA Formula 2 closed out the 2022 racing season this week, with 3 full days of testing at Yas Marina Circuit in Abu Dhabi.  Fresh off the announcement that Clément Novalak signed with Italian squad Trident Motorsport for the 2023 F2 Championship season, the Frenchman was eager to take the reins of the team’s #21 car for the 2022 FIA Formula 2 post-season test.

The test opened Wednesday morning to clear, hot temperatures, were Clément’s used the first half of the session to get a feel for his new car & reintegrate with his old team.  With two red flags, there was plenty of time to go over data with the Trident engineers while they looked to fine-tune the setup.  During the long runs, Clément proved to show strong pace, and was consistently fastest on track.  The Frenchman would ultimately set his fastest performance lap on medium tires in the morning on lap fourteen, with a time of 1:37.361.  After a lunch break, the afternoon session would get underway, seeing Clément focus on a race simulation straight out of the box.  Maintaining a target pace of 1:40.2 as requested by the team, the Frenchman felt limited by the rear-end traction of his car.  During his performance runs later in the afternoon, Clément showed very rapid sectors one & two, but still needed to find pace in sector three.  He would set his fastest time of the day on lap thirty-five, improving on his morning’s time to 1:37.143 – good for twelfth fastest in the afternoon.  Overall, the first day of testing was quite positive.  Clément would remark how he felt more rotation in the Trident car, something which suits his driving style.

Hot, dry temperatures returned Thursday, seeing Clément suffering from tooth pain.  For the morning session, he focused on performance runs, setting the twelfth fastest time of the session on new Pirelli soft tires – just .6 seconds behind the fastest time.  Clément stayed on-target for his laps, however there still needed to be more setup adjustments made to his car to find more time.  Due to the tooth pain, the Frenchman elected to have a brief rest before returning to the track for the afternoon session, seeing him run only during the final hour.  On fresh Pirelli soft tires, Clément would jump towards the top of the timing screen on his first performance run.  He was happy with the font-end car balance to get the car straight in low speeds, feeling the setup change was a step forward compared to the morning session.  Using fresh Pirelli medium tires on his second performance run, he would set a similar lap time to his soft-tire run, and was fastest on track out of the other drivers who were on mediums.  Thursday’s further forty-six laps proved to provide big improvements to Clément’s #21 Trident car.

The final day of the post-season test began Friday morning with the sun shining and Clément wanting to get some performance runs done in the cooler temperatures.  A mixture of traffic during a push lap and a red flag in the morning session made achieving a clean lap difficult.  Clément would be seven tenths off the quickest time of the day, however it is difficult to tell how much extra weight each team has onboard.  The Frenchman would finish his week of testing during the afternoon session, where he utilized the first half of the session on used Pirelli soft tires working on the car setup for performance runs, and ending the session on used Pirelli medium tires to set up long-run finishes.  Overall a productive day with seventy-two tours completed around Yas Marina Circuit.

Clément made sure to maximize his time behind the wheel of his new Trident Motorsport car before his second full-time season of FIA F2 next year; logging in a total of 177 laps and nearly 1,000 KM driven around Yas Marina Circuit during the three-day test.  The progress made since the beginning of the test is evident, seeing Clément happy with the changes made, as feels confident that he is able to make the car behave in accordance to what he wants to achieve.  The Frenchman looks to continue working hard during the off-season on both his fitness & working with his team.  The 2023 FIA Formula 2 championship will open with Round 1 in Sakhir, Bahrain from 03-05 March 2023, with an official pre-season test to be announced in due course.

“Overall, the performance of the three-day test was fantastic.  We were able to identify the key areas to make improvements on the car in preparation of the 2023 F2 season.  It’s been great to reintegrate with the Trident boys, and I’m happy to be back in blue.  I’m feeling quite confident going into the winter break, where I’ll focus on my fitness & simulator tests before the 2023 F2 season begins next March.”