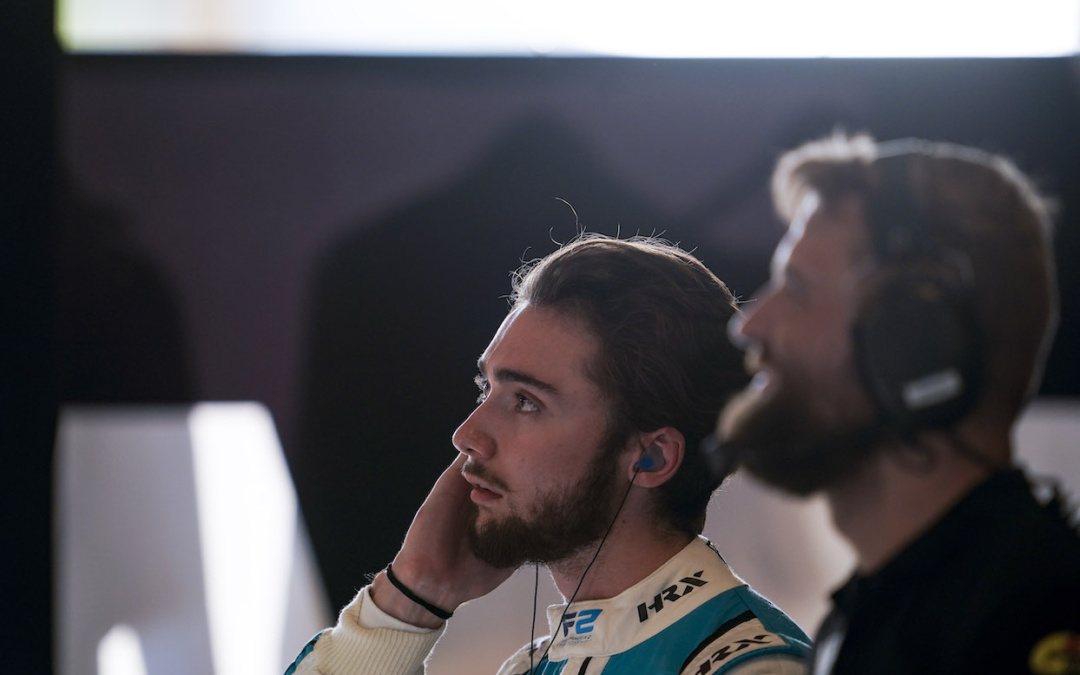 FIA Formula 2 closed out the 2021 racing season last week following the championship finale, with 3 full days of testing at Yas Marina Circuit in Abu Dhabi.  Coming off back-to-back races to start his F2 career, Clément Novalak headed into testing with the goal of building as much experience as possible behind the wheel of his MP Motorsport car ahead of the 2022 FIA F2 championship season next year.

Thursday opened the post-season test with typical mid-December weather of the Gulf gracing the circuit, giving Clément the perfect opportunity to dial-in his MP Motorsport car in the dry air and sunny skies.  Clément was able to set his fastest lap immediately in the morning, with a time of 1:37.069.  Clément elected to focus the remainder of the morning session, and the entirety of the afternoon session on longer-runs and his race-pace.  Thursday’s total time on track equaled 62 laps, ending with Clément feeling ever-more confident with his car.

Taking advantage of Friday morning’s cooler temperature, Clément again set the fastest lap of his day straight out of the gates, with a time of 1:36.877 – almost a .200 second improvement on his fastest lap the day before.  Getting a better feeling with his car, and debriefing with his MP Motorsport engineers, Clément continued to build on his race-pace during the afternoon session.  Clément’s long-run sectors and lap-times were on par with the quickest drivers of the day, showing the improvements made were beneficial during the day’s 68 laps.

Saturday brought the final day of the official post-season test, as well as Clément’s last opportunity to get behind the wheel before the end of 2021.  In the morning, Clément bested his lap time once more, with a time of 1:36.716.  The session was also his busiest of the entire test, rounding Yas Marina Circuit 50 times.  Continuing his focus on race-pace into the final afternoon session, Clément lapped the circuit another 32 times, bringing his total for the day at 82.

Clément made sure to maximize his opportunity behind the wheel of his MP Motorsport car before his first full-time season of FIA F2 next year, logging in a total of 212 laps and 1,120 KM driven around Yas Marina Circuit.  The progress made since Round 7 in Jeddah is evident, with the Frenchman looking to continue working hard during the off-season on both his fitness & meeting with his team, MP Motorsport.  The 2022 FIA F2 championship will open with Round 1 in Sakhir, Bahrain from 18-20 March 2022, with an official pre-season test to be announced in due time.

“Overall, the performance of the three-day test was fantastic.  We were able to identify the key areas where we have been lacking, and improved in all aspects of the car in preparation for the 2022 F2 season.  The results of the final day of testing showed some great improvements, and I am ready to go into the winter break very confident with the progress made since my first F2 race in Jeddah.  I cannot wait for the 2022 F2 season to start next March!”